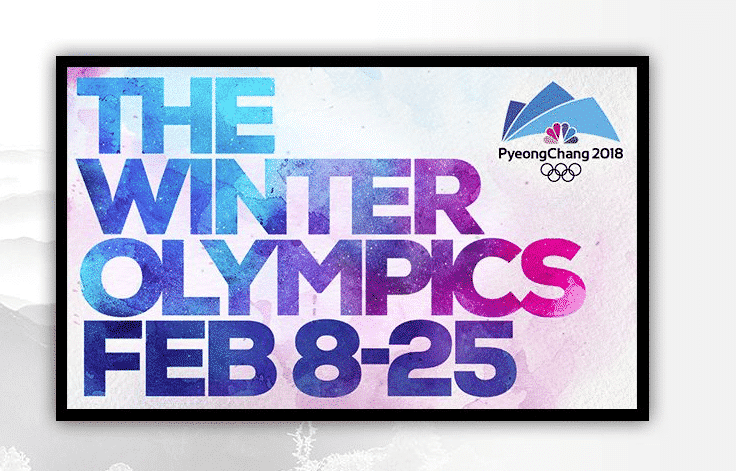 I have exciting news! Most of my fans know how much I love DISH Network. I have had DISH for about 2 years now and I could not be happier. They always bring me all the best channels and programs I could want. You can read more about my Journey with DISH network from my installation to all the latest news.

Now Dish has announced they will deliver NBCUNIVERSAL’S 4K HDR Coverage of PyeongChang 2018 Winter Olympics! For the first time, The Winter Olympics will be available in 4K HDR, marking an exciting milestone for both the TV industry and Olympic viewers,” said Vivek Khemka, DISH executive vice president, and chief technology officer. “We’re pleased to work with NBCUniversal to give customers access to this year’s inspiring Olympic performances in the clearest resolution and richest color palette available, maximizing the potential of their 4K HDR TVs.

4K HDR coverage will be available on one-day delay and include footage from the Opening Ceremony, figure skating, hockey, short track speed skating, ski jumping, and snowboard big air, as well as PyeongChang scenics. Up to three events from the previous days’ competition schedule will be provided daily on DISH channel 540 from Feb. 10, the day after the Opening Ceremony, through Feb. 26, the day after the Games conclude.

DISH will offer several other features to help viewers get the most out of the Olympic Winter Games:

About DISH
DISH Network Corporation is a connectivity company. Since 1980, DISH has served as the disruptive force in the pay-TV industry, driving innovation and value on behalf of consumers. Through its subsidiaries, the company provides television entertainment and award-winning technology to millions of customers with its satellite DISH TV and streaming Sling TV services. DISH operates a national in-home installation workforce, as well as an advertising sales group delivering targeted advertising solutions on DISH TV and Sling TV. In addition to its TV services, DISH has commenced buildout of a nationwide narrowband “Internet of Things” network that will apply capacity from its strategic spectrum portfolio. DISH Network Corporation (NASDAQ: DISH) is a Fortune 200 company.

About NBC Olympics
A division of NBC Sports Group, NBC Olympics is responsible for producing, programming and promoting NBCUniversal’s Olympic Games coverage. It is renowned for its unsurpassed Olympic heritage, award-winning production, and ability to aggregate the largest audiences in U.S. television history. NBCUniversal owns the U.S. media rights on all platforms to all Olympic Games through 2032.