Adventures of a Nurse Sits down with

** I was provided with an all expense paid trip for this event. Although all opinions are 100% mine**** 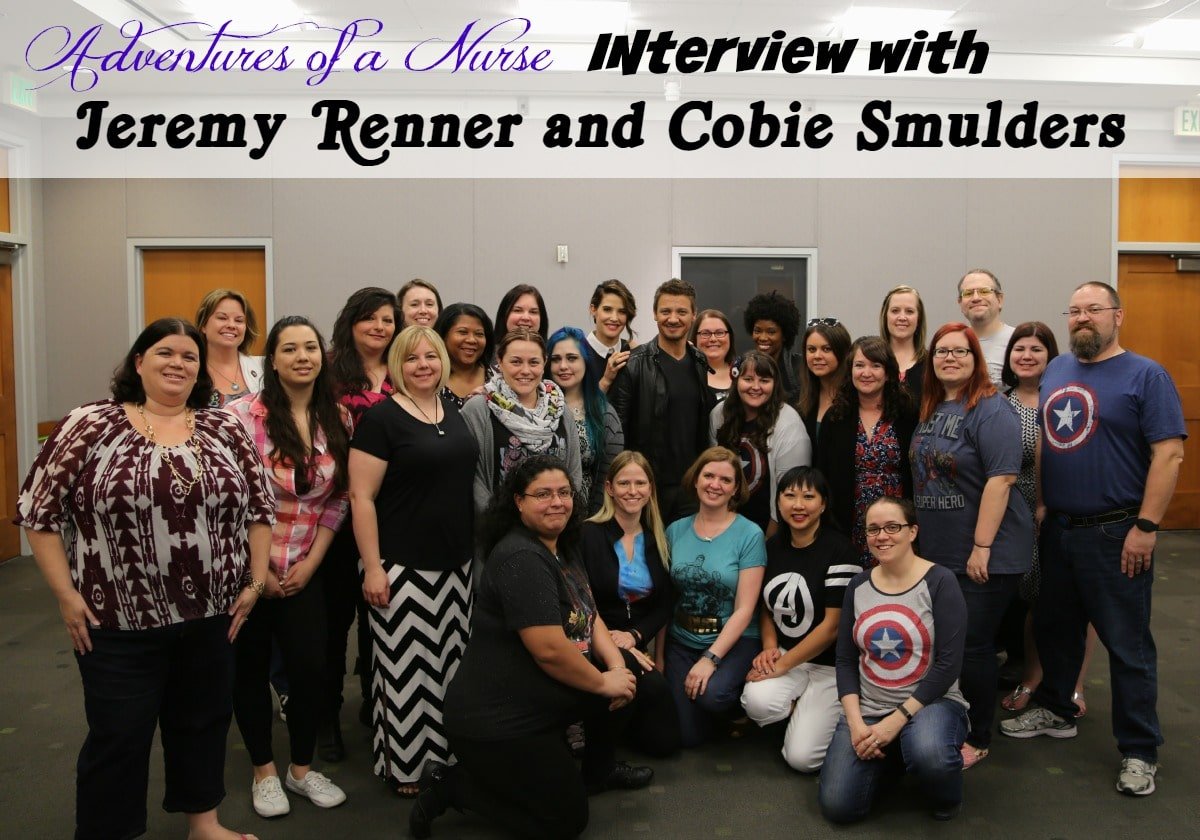 [themepacific_dropcap color=”blue”]S[/themepacific_dropcap]itting down with Hawkeye and Agent Hill. I think the interview with Jeremy Renner and Cobie Smulders was one of the most memorable. After seeing Avengers Age of Ultron I became a huge fan of Hawkeye. My daughter is a huge Cobie Smulders fan so she could not wait to hear about this interview.  Take a look at what Jeremy Renner had to say about our interview.

Just sat with an army of “mommy bloggers” Didn’t know that was a thing til now, but I LOVED it!! #aou#marvel 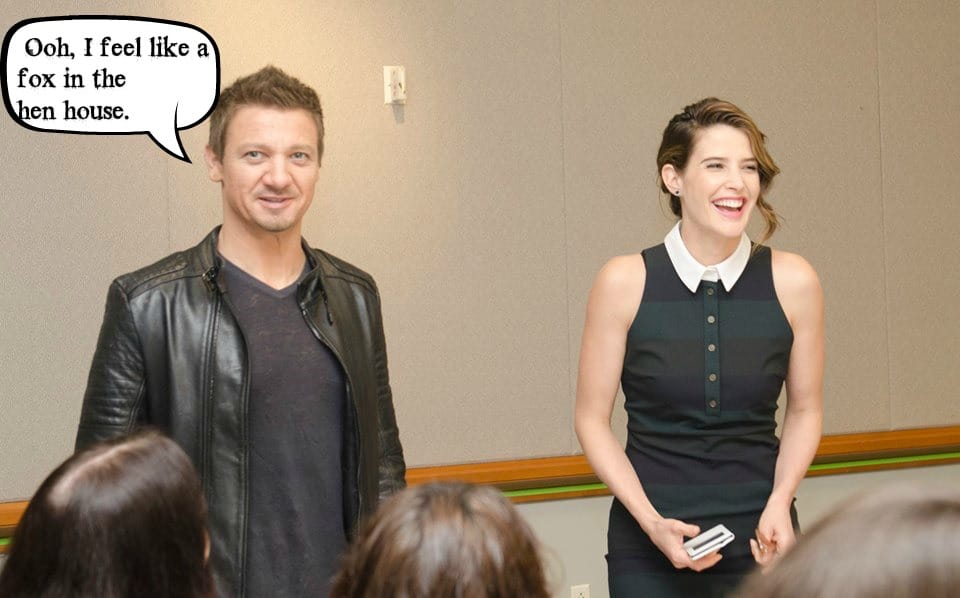 This interview started out immediately with laughter. Jeremy started out by saying Ooh, I feel like a Fox in a Hen house.  That set the tone for the interview.

Cobie   :It’s very fun I mean it’s interesting because people talk about that a lot with these films that there’s few females. And it’s a male driven,  film. maybe it’s because we’ve– this is our second one. We all get along so well. I don’t feel that divide, um, on set. Um, all the guys are really great and nice and, um, handsome, every single one of them, some more than others.  but yeah, but it– but it is fun. I mean we have some– we have some strong female– other strong females, Scarlett and now– now Lizzie. And– and it’s just nice seeing more– more women coming into these films. 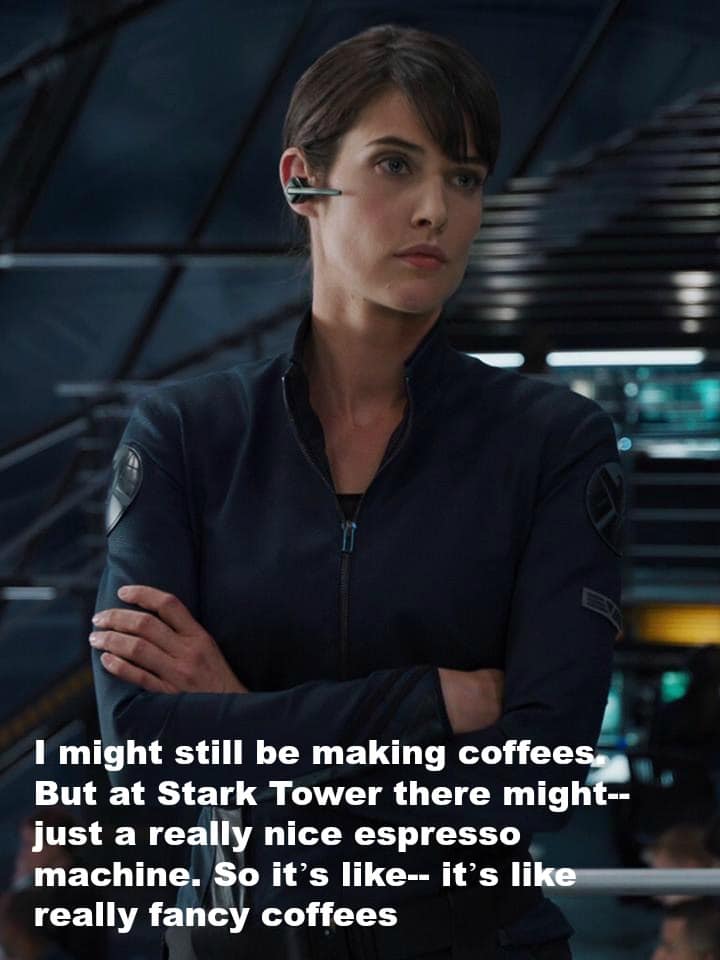 Q   :   I have a question for Cobie as well. The last time we talked, um, about the first Avengers in New York you had said that you thought that you were just gonna be serving coffee in the very beginning. So you’ve been in several movies since then. So how did you feel about entering the role for this movie?

Cobie   :   Well, I feel like I might still be making coffees. But at Stark Tower there might– just a really nice espresso machine. So it’s like really fancy coffees. I don’t think I’m serving coffees anymore. Um, yeah, it’s really cool. I mean in the comic books Maria Hill  she has her own story line. And she’s a very– you know, she’s very smart. She’s very independent. She’s very controlling.  and it’s cool to see how, now that this team is sort of under, Tony’s protection and sort of funded by him how that’s working in terms of privatizing security and,  her dealing with that.Um, so it’s fun to– to sort of be a part of the team but also to be like managing everybody as well or trying to anyway. 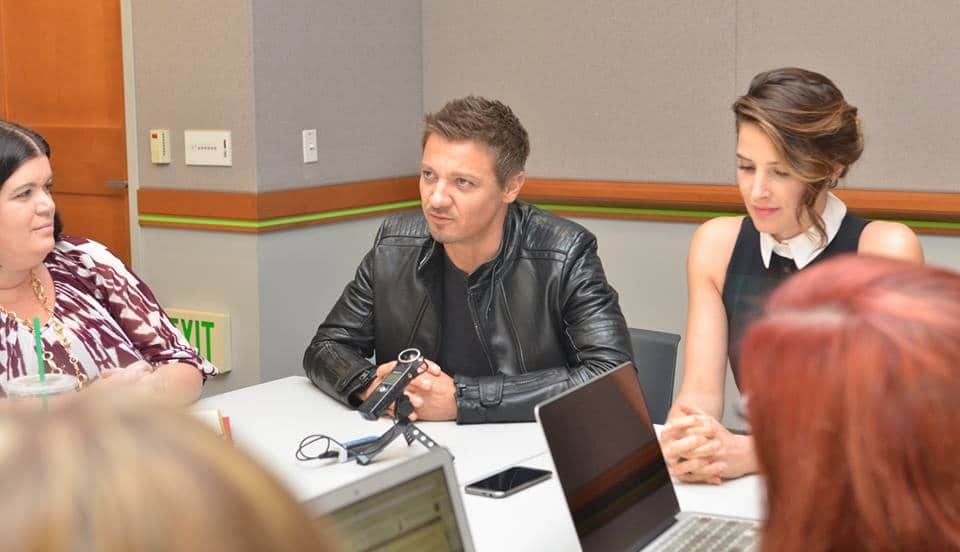 Q : Jeremy, you had a bigger role in this movie. And I have a feeling that as soon as it comes out and all the kids see it and all the parents see it that your character’s just gonna explode. I mean I can see it being, you know, big. How do you feel about that? Are you ready for that?

Jeremy   :   I don’t know what– what that ultimately means. I mean I think the greatest thing that I– that I get out of this whole experience of being in this giant movie and the one prior, uh, is, you know, there’s– artistically it doesn’t like really hit a lot of like nerves in my body. But it certainly like when– soon as a five year old ran up to me that changed the game. I’m like, oh, wow, I have a five year old. And that’s amazing. And then here comes his dad in the same costume.

A little creepy. That’s the creepy part. But like when the little kids come on up to you, uh, God, it just crushes me. And I mean  I’ll stop and do anything for– for a little creature, man. I’m crazy about them. So, um,  I welcome, I guess, is the short answer. I welcome that. If it’s the little kids. The grown ass people, stay out of the costume, man. Come on, I love you.  I’ll see– I’ll see you at Comic-Con. That’s okay then.

Like we’re at Starbucks, dude. You know what I mean? I’m not kidding. We just happened to be in costume. Yeah, really?

This is like a mommy and me class. This is amazing. Trust me, I’ve been to them. Like the mister mommy and me. It’s awesome. 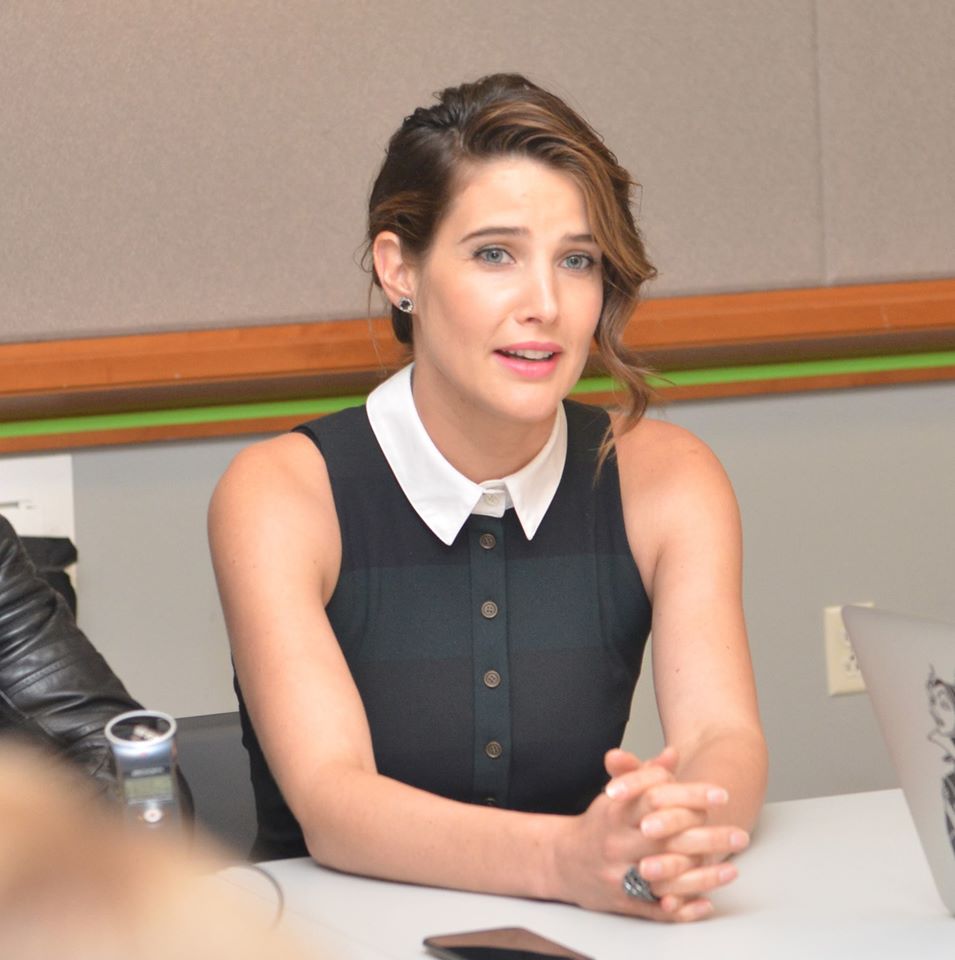 Q   :   So we got to see Hawkeye at home. And I think we’re all ready for Maria Hill at home. Do you have an idea of what you think Maria Hill is doing when she’s off– if she ever really–?

Cobie   :    I feel like she sleeps in the Avenger’s Tower. Like her desk just kind of converts into a bed. And she gets her two hours. And then she springs back up and gets back to work. 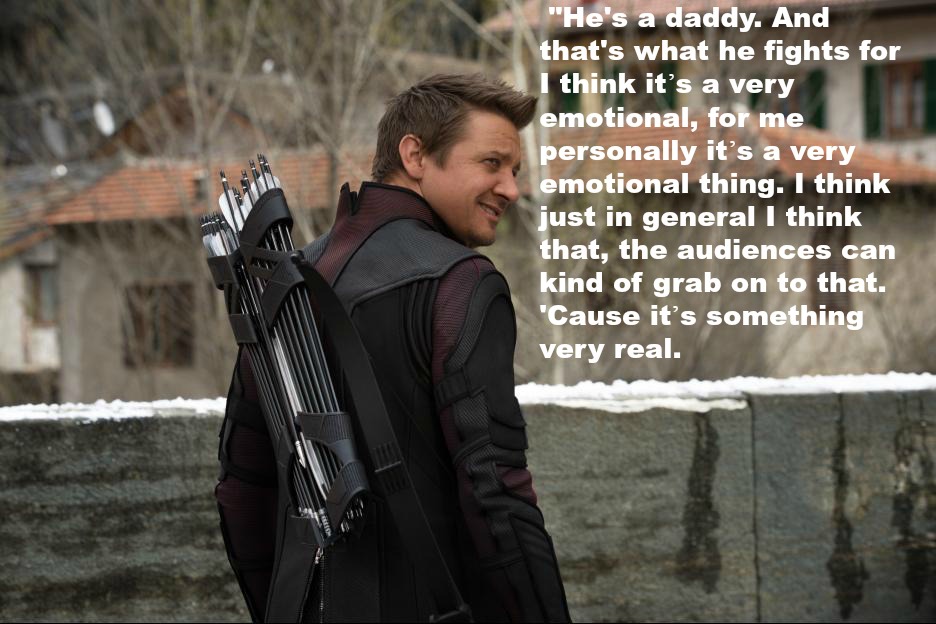 I think it’s a cool aspect to the character that was brought up. It was brought up actually for the first Avengers,  but not even nearly as cool because they were gone.  this one,  it’s fantastic sort of reveal that, you know, he’s just he’s a daddy. And that’s what he fights for ’cause I think it’s a very emotional– uh, for me personally it’s a very emotional thing. I think just in general I think that, uh, audiences can kind of grab on to that.

‘Cause it’s something very real.

Avengers Age of Ultron is now in theaters everywhere!