The Secret is out

My visit to ABC Agents of SHIELD 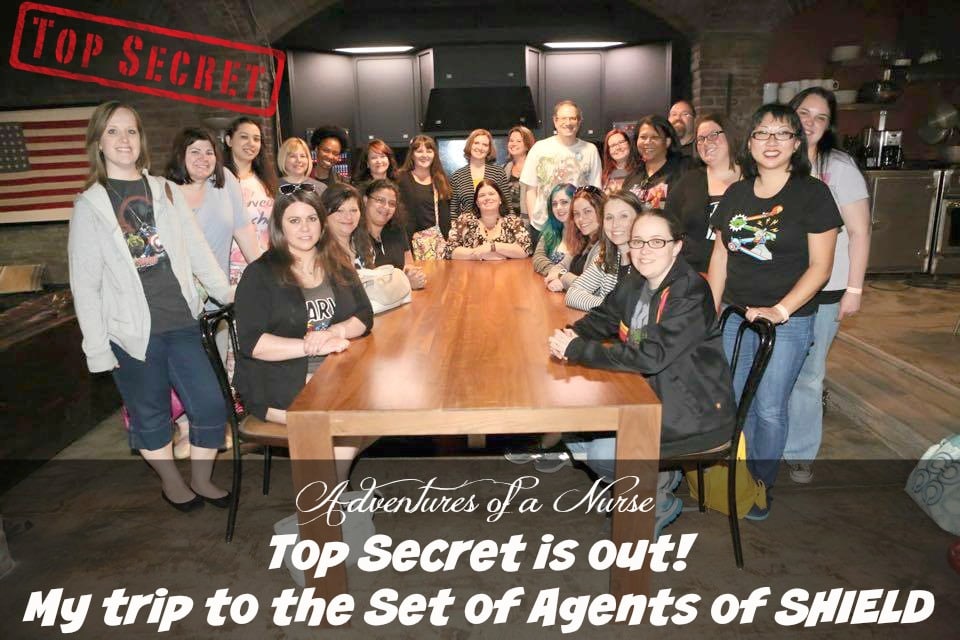 I have been finally given clearance to let you in on my trip to ABC Set of Agents of SHIELD. As many of you know I attended the #AvengersEvent,#AbcTVEvent,#AgentsofSHIELD as a part of my trip we were allowed to visit the set of ABC’s Agents of SHIELD. It was all top secret! No Cellphone, camera or contact with the outside world while we were there. Everything was TOP SECRET. 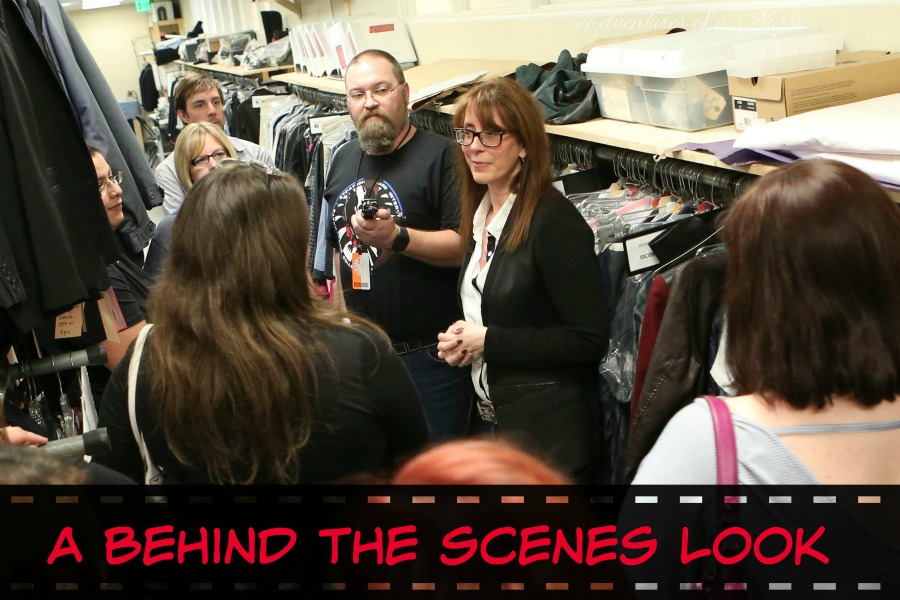 The staff at MAoS was actually very nice. We met with Ann Foley Costume Designer. I must say she has one cool job. She gets to dress all the actors and actresses.

Q    :    Do you come home with things for the show when you’re shopping for yourself?

Ann Foley   :    Well, I’ve been shopping for so long as a costumer and assistant designer, I will always say I’ve always been guilty of like yes, I will go to,  Barney’s and it’s like oh, this is for the show.  Oh, I need one of those, too.  I try not to do that, otherwise I,  you know, I’d be like Carrie Bradshaw from Sex and the City.  I can’t buy my apartment when it goes condo, but I have a fabulous closet. 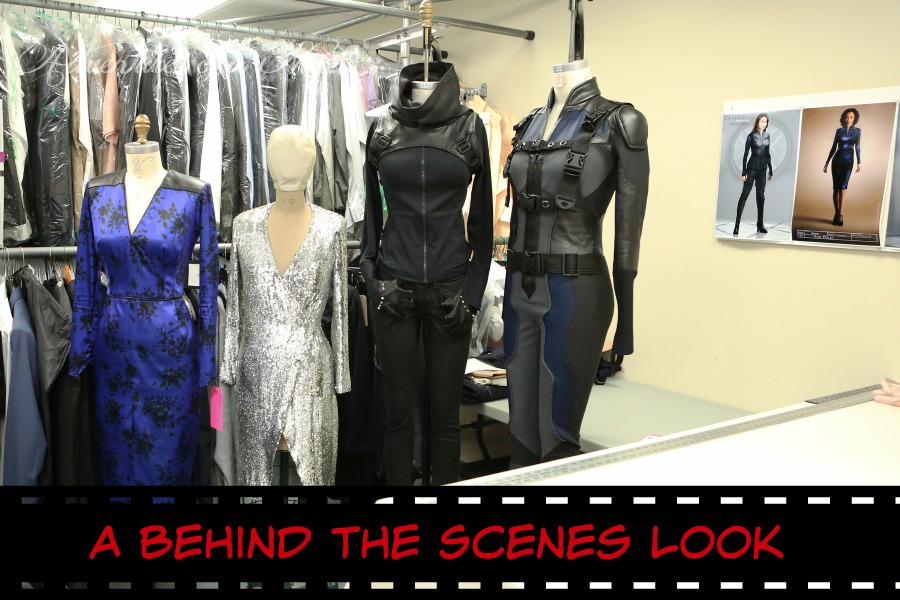 Ann Foley: they’re all 100 percent custom made and those, that’s special to our show. .  Ah, and then that’s Ming’s silver sequin dress, which I think you guys remember from earlier in the season, that we made that in-house, too, which was so much fun.  It was so much fun putting her in that.  And we,  had about a week to make five of those dresses.  Those tiny sequins that you see on there, we were finding those sequins all over studio.  They were everywhere.

Ann Foley  :    We made five because Ming was fighting herself, or May was fighting herself in the episode, so we had one beautiful one for May, then we had one that she could fight in, so we, ah sewed stretch panels inside so she could fight and do all of her movement.  She had two stunt doubles and then Agent 33 was in one as well.  Yeah, so that was a lot.  And then, um, and then we have, ah, Skye’s new tactical outfit for this season, and, ah, the, the hood piece up there is her custom made. 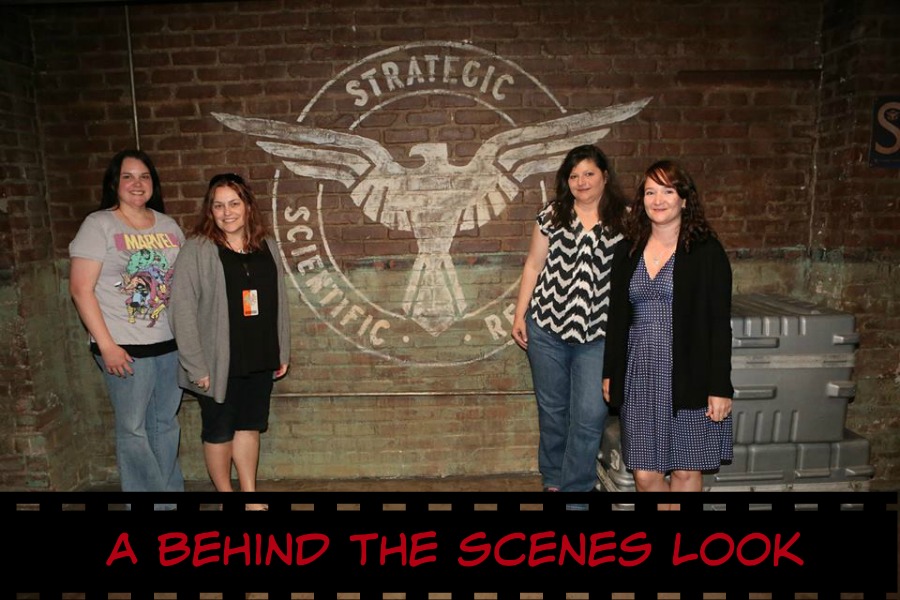 After our behind the scenes look at the costume room we got our photos taken right on the set. How cool is that? While we were on the set we also got to watch them shoot a couple of scenes with Chloe Bennet and Luke Mitchell. We were also able to meet with them and chat a little. Yes,it was super cool!  We were waiting in the hall to watch them shoot a scene Chloe was sitting on a chair with makeup chatting with us. 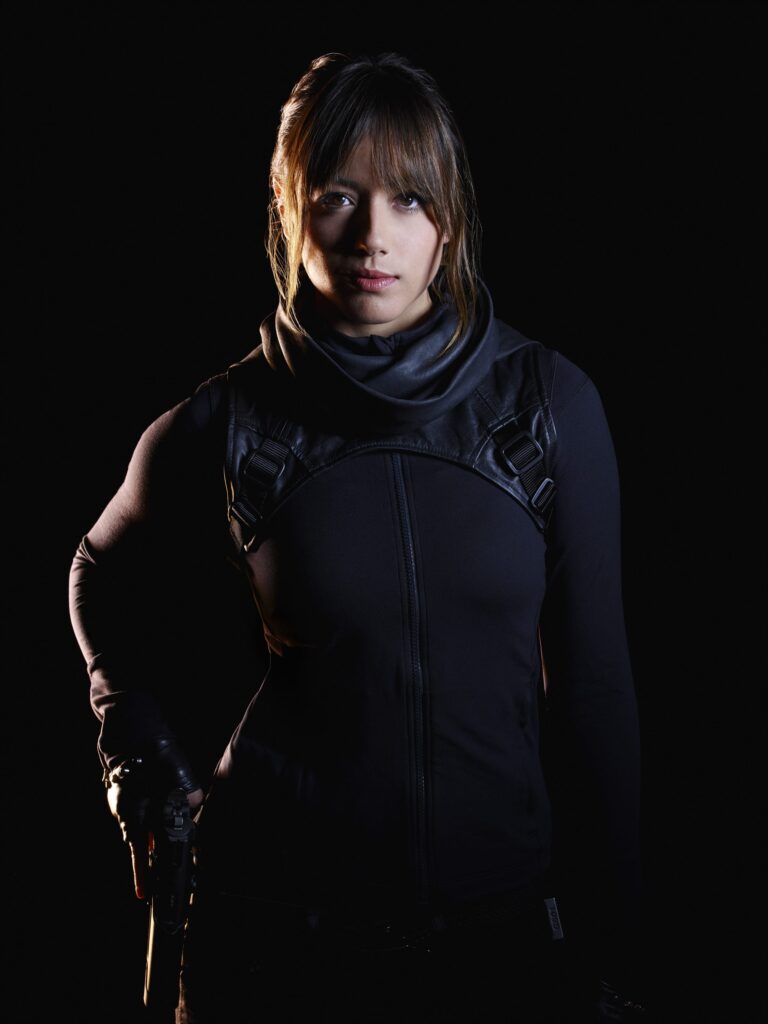 Tune in tonight for WAR TEARS SKYE APART, ON “MARVEL’S AGENTS OF S.H.I.E.L.D.” ON ABC

Skye is torn between her loyalty to S.H.I.E.L.D. and her connection to the Inhumans as tensions rise between the groups — and Coulson reveals a secret he’s been hiding from even those closest to him, on “Marvel’s Agents of S.H.I.E.L.D.,” TUESDAY, MAY 5 (9:00-10:01 p.m., ET) on the ABC Television Network. 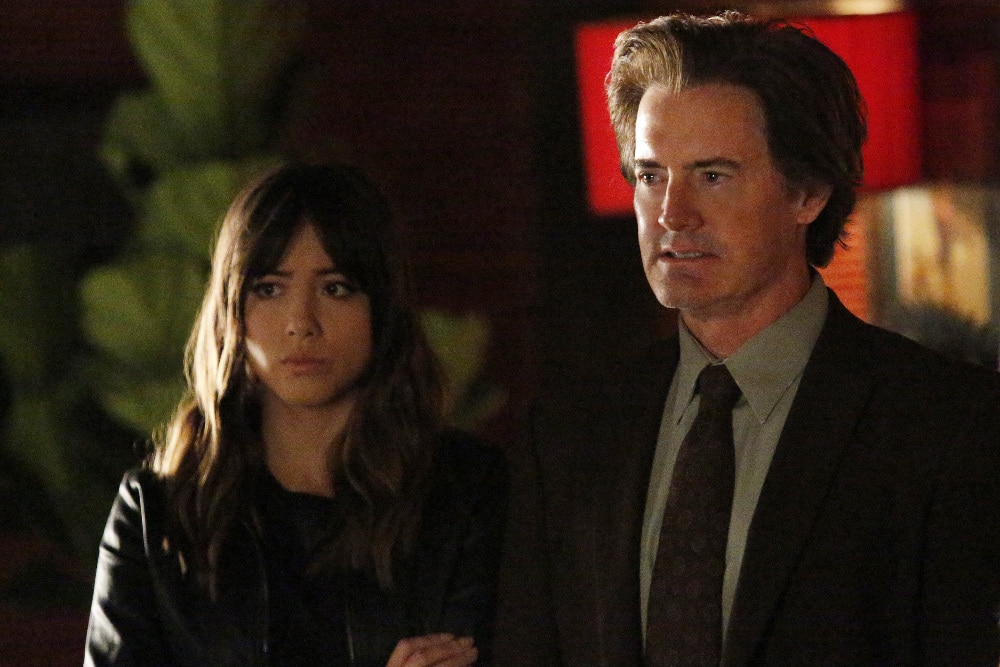