Interview with the Brains Behind The Avengers Joss Whedon 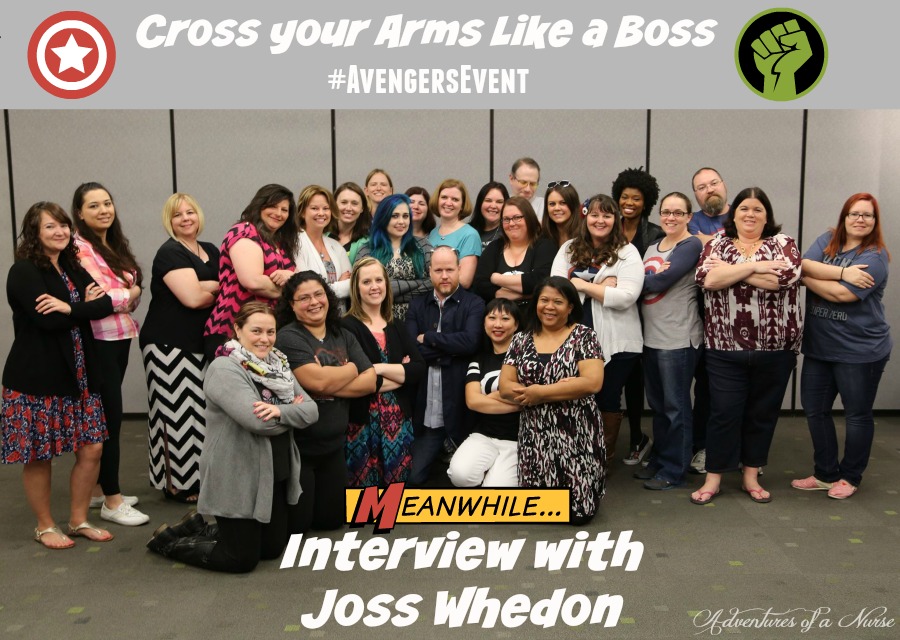 Another great interview was with Joss Whedon.  What do you say to such a brilliant man? Joss Whedon the writer and director of The Avengers, Agents of SHIELD, Buffy the vampire slayer, Angel, Firefly, Marvel Comics and so much more. I was so impressed. Joss had a lot to say and he was very down to earth he actually had us all laughing. 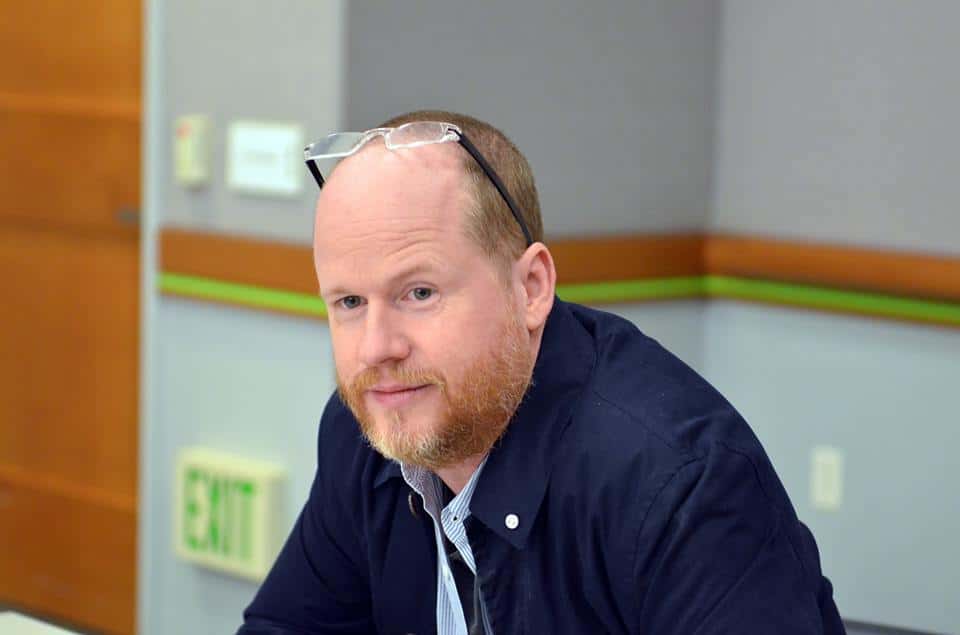 Q    :    Okay.  Perfect.  So yesterday, we had to interview your brother for Agents of Shield and I was just wondering, you know, do you guys stay up late and have phone calls and have strategizing sessions and be like, oh, this is what we’re going to do next?

WHEDON:   Um, well, I just made a movie and he just had a baby, so not lately.  Um, we did.  Uh, you know, when we were first starting out, but at some point this movie consumed me not unlike a whale.

Q    :    So, you have that iconic shot of the Avengers jumping in slow motion which, I think all the fan boys and girls have like gone wild over.  Can you talk about how that came to be, like, whose idea it was to?

WHEDON:   We just caught it by accident, you know.  I hadn’t even said action yet.  They were just clowning around and somebody had a phone, so that was great.  Um, that, that, that shot, um, that was the last shot we got finished, um ‘cause it’s, it’s over a minute long and um, it, but you know, I wanted to create some frames that were just unabashedly comic book frames that were, that would speak to our love of, of the thing and um, uh, and that one took, you know, longer to create than anything else.

And to dial in and, but it was important to me to have that right away, like first up in the movie.  Um, to say, not to say, and now we’ve got to get everybody back together and let’s go find them, now we find Captain America and he’s digging in a trench and now we find, and uh, instead just go boom, we’re back.  This is what you love.  Are you having fun?  Good.  Now we’re going to tear it apart.

Q    :    You’ve done so much to influence pop culture, um, but in doing so, who do you look to, to, or who inspires you to, to reach further and to reach higher to make this entire universe and fulfilled vision the way you see it? 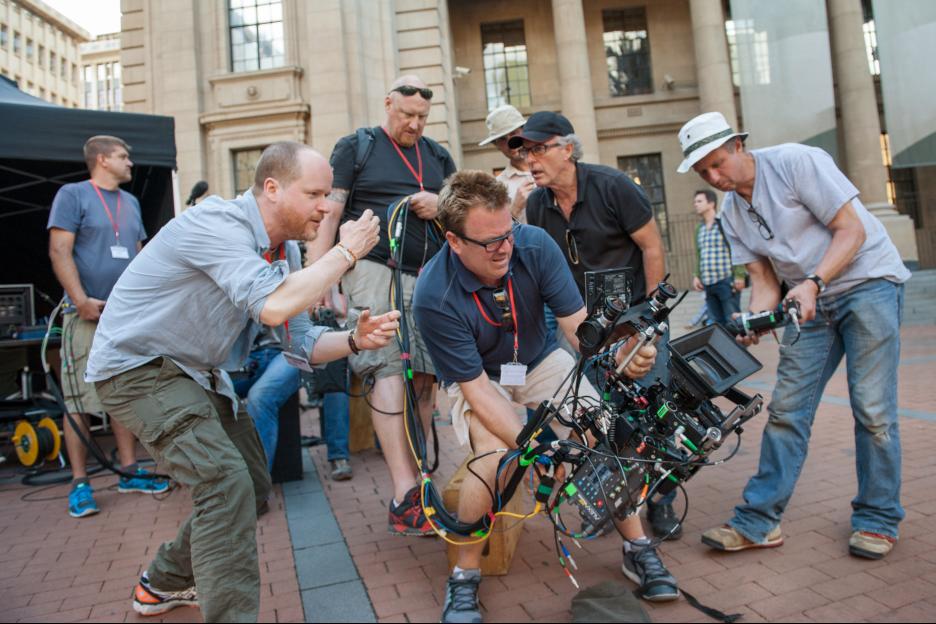 WHEDON:   I’m kind of, um, I’ve,  I have a weird relationship with pop culture.  I’ve never really been a part of it until I suddenly was, um, and so, you know, most of my influences, um, are a little left of center, uh, and, or very old.  You know, the directors that I look at, um, when I’m thinking about a movie, usually are people like Vincent Minnelli or Sam Fuller, or you know, um, Frank Barseghian and, and uh, um, but it’s the people who, not just artists.  It’s just the people in my, in my own life, uh, that I see working four times as hard as I ever can.

And, and, and trying to do things they can’t.  Those are the people that they never have.  Those, those are the people that make me sit down and go, oh wait a minute, I can do better because ultimately, the only person who’s ever really going to inspire me to go further and do better is, is, is me.  I have to sort of like gear up and I, I should actually have two chairs because at some point, I always do go, okay, you need to, you need to work harder, you need to do more, you need to be better.  I’ll tell you who’s inspired me uh, of late, is Lin-Manuel Miranda because seeing Hamilton uh, um, at the Public Theatre was just such a breathtaking experience.

And the amount of work that he did for six years to put that together, I just thought, oh, gotta bring up my game.  There it is.  The bar is higher again.  Dammit.

Q    :    So we just met with Aaron Taylor-Johnson and Elizabeth Olson and they said that they didn’t have to audition for their roles, so,  what was it about them that made them perfect for the roles that they got? 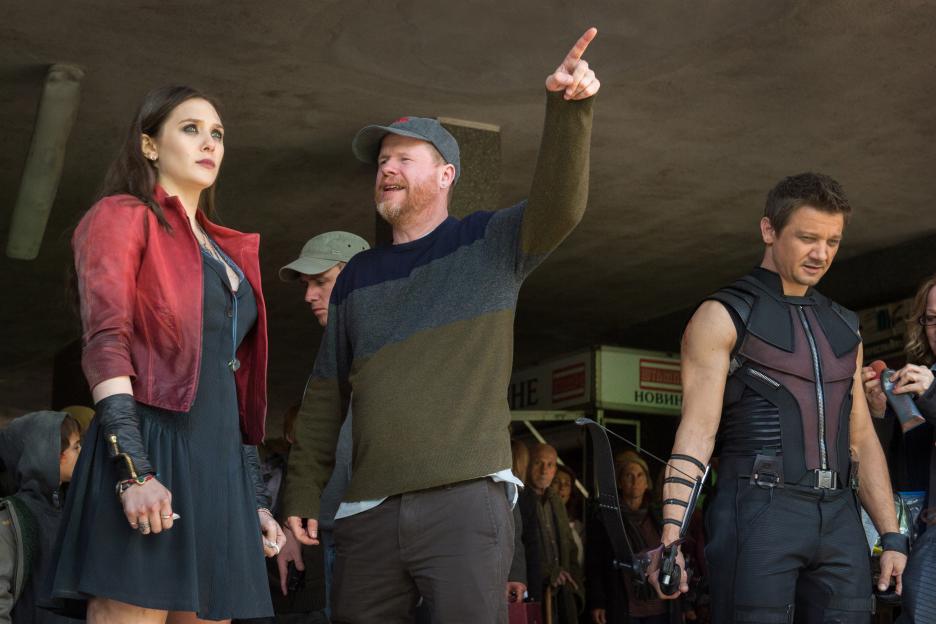 WHEDON:   You know, um, yeah, I didn’t want anybody else.  I just wanted them.  Um, Aaron is too pretty to live,.  He’s somebody that I just saw,  even in Kick-Ass where he’s playing kind of a weak character, that he, that he just commands the screen and it was, I think Nowhere Boy, where I just said, oh, this is, this is my guy because he’s, he’s an old school movie star.  He’s that commanding and beautiful.

But he also, he looks like he could be kind of an arrogant dick.  He’s not.  He’s the sweetest puppy I know, but um, but he’s great at playing that sort of like, oh, I got this.  You know, that sort of, and that’s Quicksilver to a tee.  Quicksilver is that sort of, he’s always hotheaded, he’s always um, you know, making a, being a pain for everyone, but is essential and very cool.  And Lizzie, um, I sat down with Lizzie ‘cause um, I had not, I’d just seen Martha, Marcy, May, Marlene and um, I hope I got those in the right order, and um, you know, you spend two minutes with Lizzie and you not only don’t want anybody else for the role, you think maybe she should play all of them.

Q    :    You have so many amazing characters with all these great stories.  Was it really hard to make sure everyone got enough screen time? 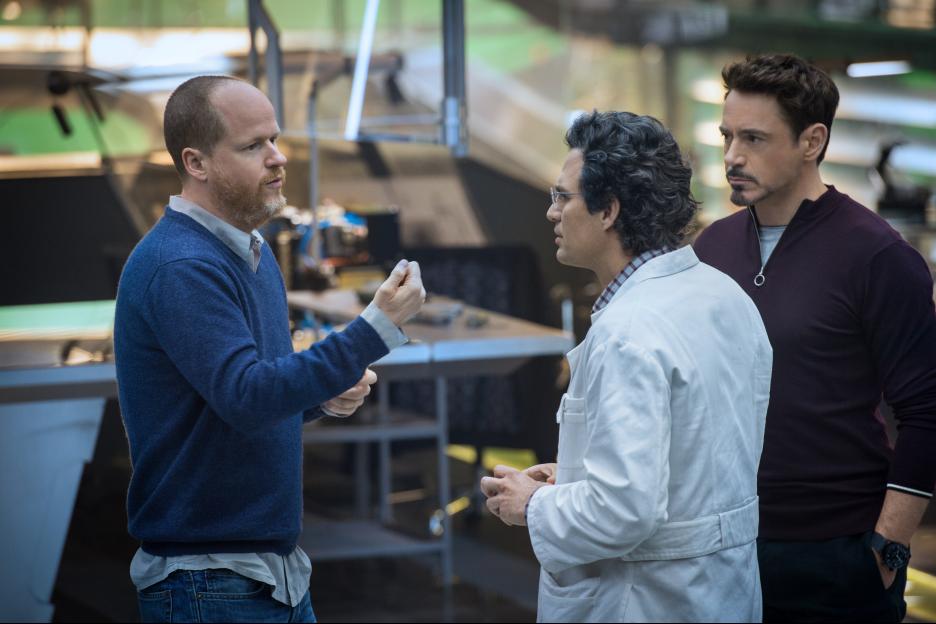 WHEDON:   It’s, you know, it’s hard.  What’s, what’s important is making everybody integral to this story and not just have it sort of be a roll call where it’s like, and I’m also in the film.  Um, you know, making sure that the twins’ story was part of Ultron’s story and obviously, to, and making sure that their perspective on the Avengers had something to do with Ultron’s and so that, you know, there was always a reason for everyone to be together.

WHEDON:   The, the good thing they worked so well against each other, um, so when you’re giving somebody their moment, it’s usually with somebody else.  It’s usually playing against somebody else, either arguing with or having fun with or teaming up with and so, um, they do sort of, you know, it, it creates its own little web, so it’s difficult, but it’s not like you’re telling, it’s not Magnolia where you’re telling all these separate stories that are just vaguely intertwined.  It’s, you know, they’re, they’re doing some of that job for me.  BY the way, if it was Magnolia, it would be the best movie ever made, but I can’t reach for the stars, people.  I’m just a man.

Avengers Age of Ultron Opens Everywhere on May 1. 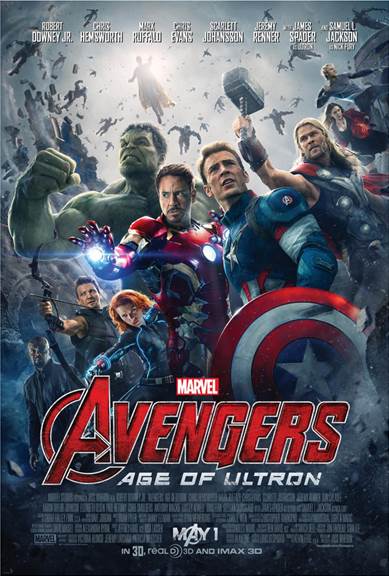