Chilling with the President of Marvel Studios Kevin Feige 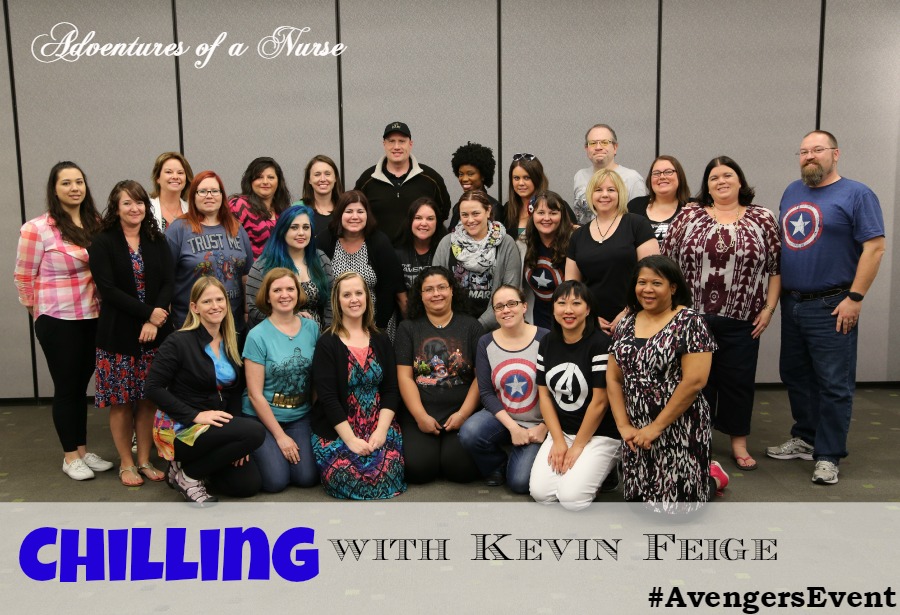 Kevin Feige is the president of Marvel Studios he also has produced several top movies such as: Xmen, Spider Man, Iron Man, Hulk, The Avengers, and  Captian America just to list a few.  The films he has produced have a combined worldwide box office gross of $8.3 billion. So to be able to sit down with Kevin Feige and ask him a few questions seemed fitting. 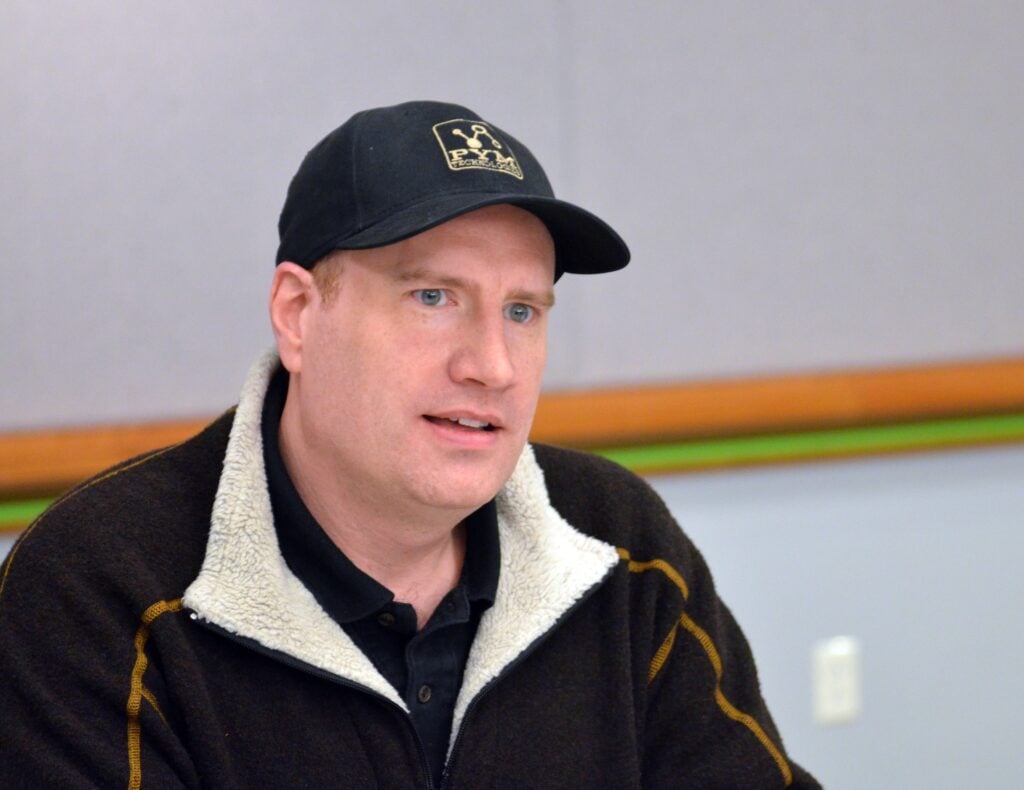 Q:   In general, sometimes people dread spinoffs and sequels, but how does it feel to actually have a fan base that can’t wait for the next release from Marvel studio?

KF   :   Uh, well,  it feels great, obviously, and I do think it’s, you know, spinoffs, that  spinoffs and things like that are, uh, when you’re dealing with certain properties, I think I need one thing and can, and can somehow get a bad connotation of meaning.  Oh, there’s something that had a little story potential that was interesting, so now, now they’re gonna try to build the whole big story about it.  Well, at Marvel, their big story is about everyone that go back, you know, fifty years and, and through hundreds of comic issues.  So for us, it’s all just- it’s  really exciting It is that, you know, the comic fan base was one thing- it’s the solid foundation of, of everything we do, but now it’s increased dramatically with the film base and with the film fans, um, and,  it gives us a certain amount of pressure and sleepless nights to, to deliver on expectations, each time, but it’s, it’s also knowing that people are so excited for, for what’s next.  And we often have to go, never mind what’s next- take a look at this.  Take a look at this because we do want each of the films and, and Age of Ultron’s our eleventh, Marvel Cinematic Universe film.

We want each of them to stand alone whether you’ve seen the other ten films or not.  We believe each film works as a beginning, middle, end into and unto itself.  And we worked very hard to do that.  All we’re interested in is making one singular great movie at a time.

Q:    I’ll ask one.  It’s just a fun one.  Um, did you read a lot- like, were you big in the Marvel comics as a kid, and did you have, like, a favorite character when you were little?

And some kids didn’t even know who he was.  I was like, he’s cool.  He’s Iron Man.  Trust me.  So that was, that was- it was fun bringing him to life after, some kids didn’t hear of him when I chose him in the backyard thirty- thirty-two years ago. [/themepacific_box] 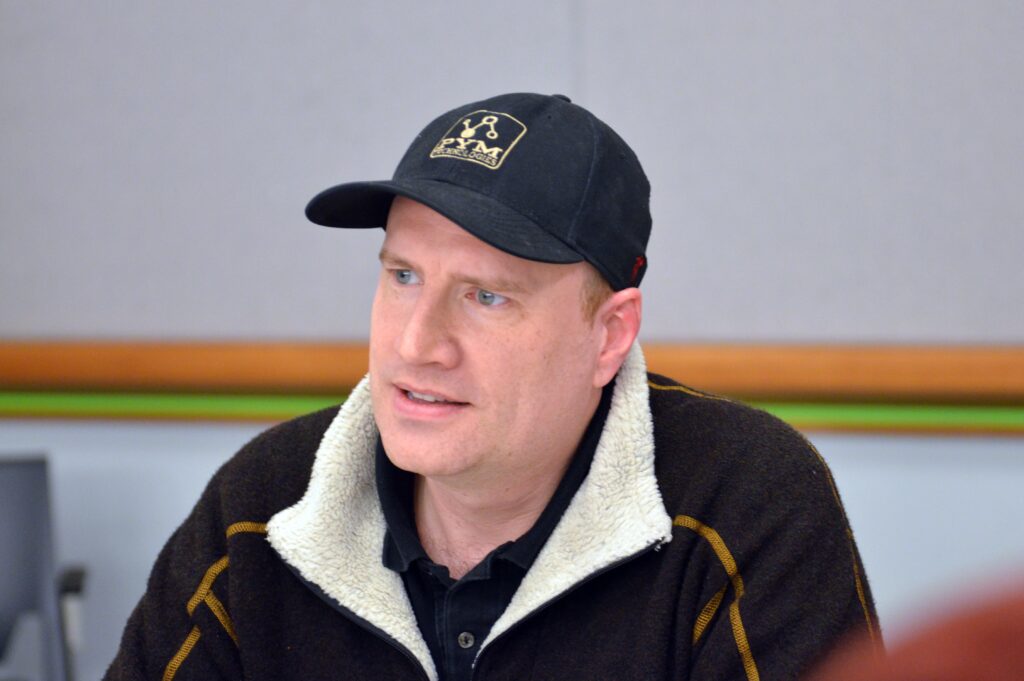 Q: Are we gonna see Spiderman make an appearance?

We’ve teamed up with Sony to bring Spidey into our universe and, and doing a new Spidey film in 2017, but I think we’re being less than specific about, about where we’ll, where we’ll see him first.[/themepacific_box]

Q   :   Do you have,  somebody in the Marvel Universe that you really wanna bring  into the stories or anything that you haven’t yet?

But it’s a testament to the, to the Marvel comics,  and how deep its bench is that there’s still hundreds of great characters that we haven’t even touched yet.

[themepacific_box color=”blue” text_align=”left” width=”100%”] Why is there no end-credit scene? There is a mid-credit scene, as we call it. We’ve always said there is no hard rule that there must be something after the credits. Joss was a firm believer that we shouldn’t do something that seeming like we were ‘aping’ a scene at the end of it.  His version of the story really culminates at the end of the film and with the mid-credits. Everything we were thinking of just felt like an add-on that wasn’t worth doing. That’s one of the reasons why he wanted to get it out there. so people didn’t sit there for seven minutes and go ‘What?‘[/themepacific_box]

The Waiting is almost over! Avengers Age of Ultron OPENS EVERYWHERE Tomorrow! May 1 2015!!!

Stay tuned for my movie review.

What an amazing opportunity to sit down with Kevin and hear about all these amazing behind the scenes information. Way to go Carla!