Shepard’s pie is what many households back in the day ate growing up because it was a very affordable dish to serve. It was filling and could feed a larger family rather easily. Not Your Mama’s Instant Pot Shepard’s Pie recipe is a little bit different than your classic Shepard’s Pie you might have eaten from your mother or grandma. Shepard’s Pie offers a handful of components, from meat, mashed potatoes, gravy, and veggies. You get a whole meal in one spoonful of pie, which is really tasty. 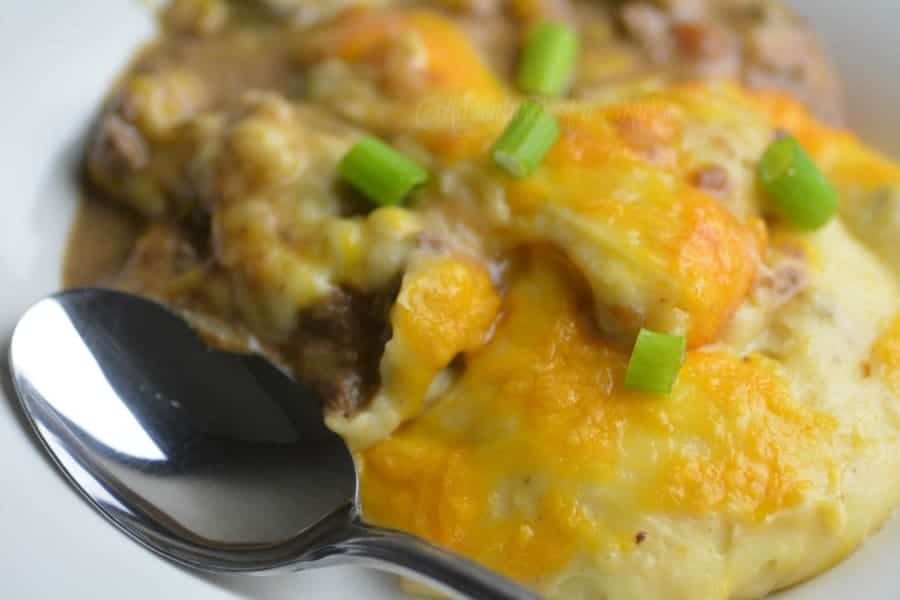 The reason why I love the Instant Pot Shepard’s Pie is that it is so much easier to make than the classic version. In the classic version, you cook your potatoes in one dish, hamburger in the other, and then your cooking your gravy up as well. Grab that casserole pan and begin assembling and you are left with tons of dirty dishes, but not with this handy recipe here!

I am able to cook the ingredients all in the Instant Pot, then I take the potatoes out and mash them up, then assemble the Shepard’s Pie and toss under the broiler to give that slight crispy shell on the potatoes that I can’t get enough of. This recipe is truly so much easier than the other versions of Shepard’s Pie I have made in the past. Trust me, you won’t look back at the stovetop way!

What is the Difference Between Shepard’s Pie and Cottage Pie

Some people get Shepard’s pie and cottage pie confused. Traditionally, most of Shepard’s pie made with lamb or even mutton. A cottage pie was generally made with beef. Nowadays, Shepard’s Pie is most often made with ground beef and sometimes even ground turkey. You can use lamb if you want, but not that many households eat lamb on a regular basis anymore.

I get asked often can you take out the veggies or only add in say corn or just green beans. The answer is yes. If you want to add in vegetables that work well for you and your family. Just be aware if you add say mushrooms, they will create more liquid and could vary the turnout of the pie.

Also, when you use the Instant Pot it is best to use frozen vegetables as to canned, as canned can become mushy in the cooking process. Since the Instant Pot heats so high and fasts it can break down the vegetables a lot easier so frozen helps prevent that from happening.

I made this tonight with a few changes: - Used ground turkey. - Added to the meat mixture: 1t thyme, 1t rosemary, 2t parsley, salt, pepper & 1/2 large sweet onion. - Reduced amount of water used to 1.5C. - Most notably, I left the meat mixture in the pot and topped with the mashed potatoes & cheese; put it on Air Fryer setting for 5min. I did this to prevent dirtying another dish and so I didn’t have to fire up the conventional oven.

Loved it! Will be making again!

So the sour cream goes into the instant pot mix, and not into the mashed potatoes makes?

Where is the gravy mix put? In the meat mixture of potato mixture?

Never mind. I hadn't watched the video. Thanks for your recipe it was delicious!!

Hi. Thanks for this recipe! Just a note; It's shepherd's pie.