The interview with Sir Ben Kingsley was such an amazing experience. He has played in so many amazing roles over the years. I was pretty excited to be able to meet him. I think I could have listened to him speak all day long. When he entered the interview room he was greeted with our excitement and applause. 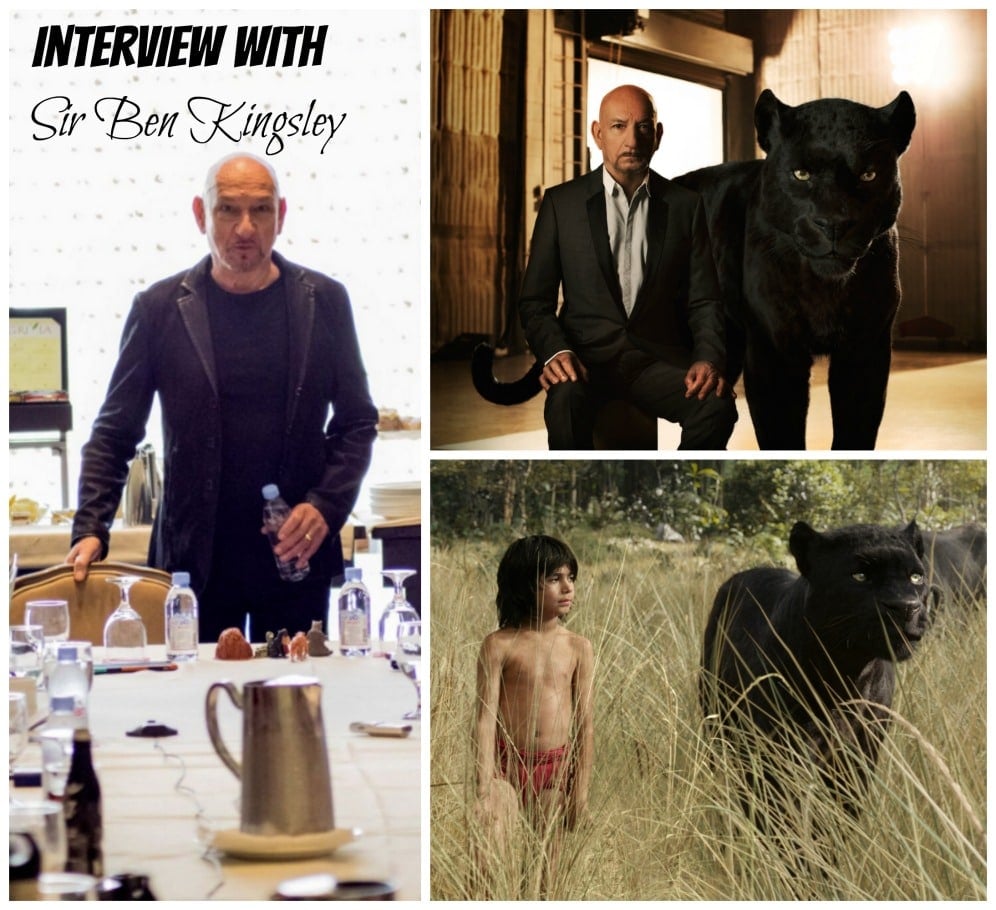 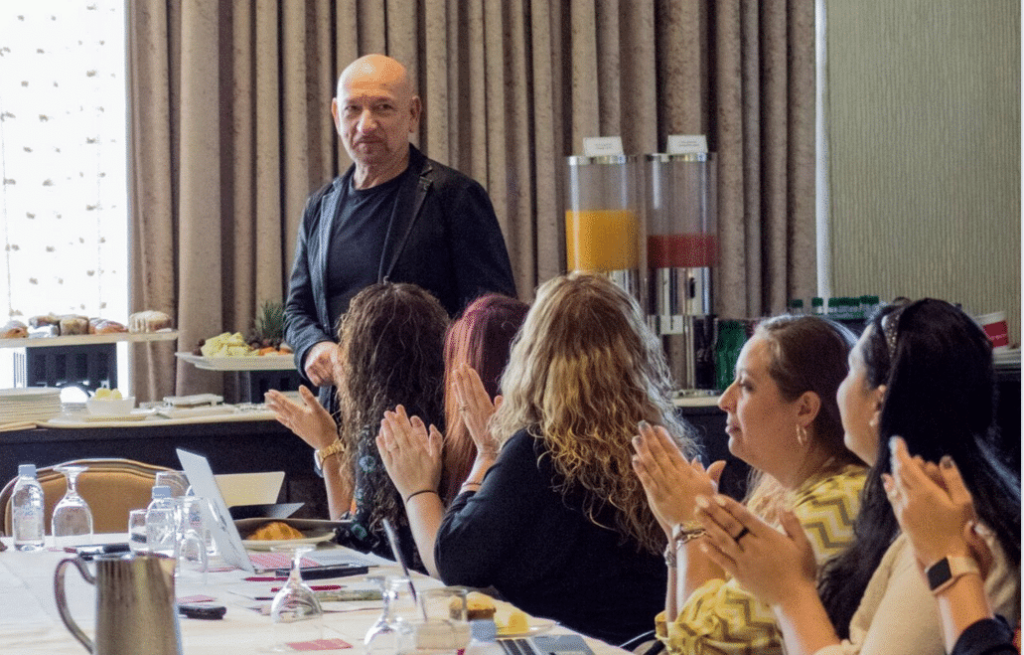 I feel so blessed to be able to be a part of such a huge Disney movie during the #JungleBookEvent. I had so many amazing interviews and experiences. Please see my other interview posts. Speaking with Sir Ben Kingsley was such an amazing experience. He has played in so many amazing roles over the years. I was pretty excited to be able to meet him. I think I could have listened to him speak all day long. When he entered the interview room he was greeted with our excitement and applause.

You’ve been a part of so many magnificent movies and you’ve portrayed so many amazing characters on stage and in movies as well. How do you approach coming into a character? How do you get ready to become this specific character?

I think it varies, um, because either I’m propelled towards a character through recognition or through curiosity. Sometimes if neither of them are there, the it, well, curiosity has to be there, because if I’m not curious about him, I haven’t played a her yet…  Oh, I did in Box Trolls.

Then of course that won’t be contagious and the audience won’t be, curious. Ah, I started my career very, my third job actually as an, as a stage actor was with the Royal Shakespeare Company, and he still is the maestro of storytelling and of putting patterns of human behavior on the, on the stage, ah, on the screen, which ever.

And I think that if I can feel that the, that there’s a genuine pattern of recognizable human behavior, even a little bit with animals, but we, the, that human element which is, which is healing, which provides an explanation, comfort, entertainment, all of the above, then, then, ah, I’d love to be part of it. If I feel that it’s, ah, just a, an invention, an obstruction, um, that it doesn’t have anything to do with us, then it, it doesn’t really excite me at all. It has to have that human ingredient to it, that moves us forward even a tiny bit as a, as a tribe or species, whatever. 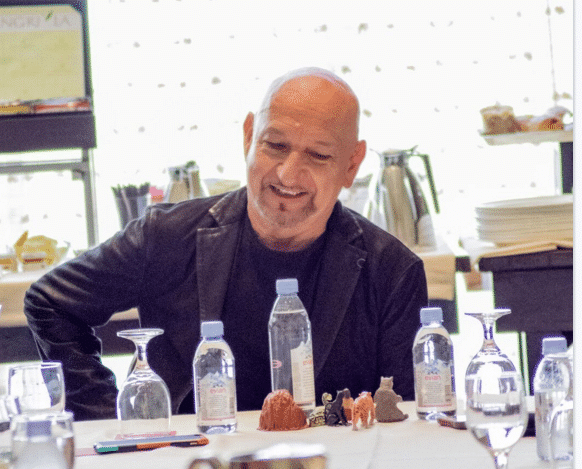 Did the actors or did you, in this contemporary production, have to navigate the Indian-ness, or did you just treat it as a childhood classic?

Wow, um, when I first discussed it with, with John Favereau, um, I recognized that Magera was military, that then, ah, in, in the Indian Army certainly then, and then in post-colonial times, ah, probably less now, there were, ah, British and Indian officers serving in the Indian Army. And, um, I’ve recently played in Sikh in Learning To Drive, and have, ah, I’m fascinated by Indian military combination.

So I offered an Indian accent as Baghera, to play him as a, as an Indian colonel or general, probably a colonel, um, and he felt that it didn’t fit the universality of the appeal of the story, that it might and make it a province of one particular period of history, culture, hierarchy. So I think he made a very good choice in making it more, um, more universal, more accessible. 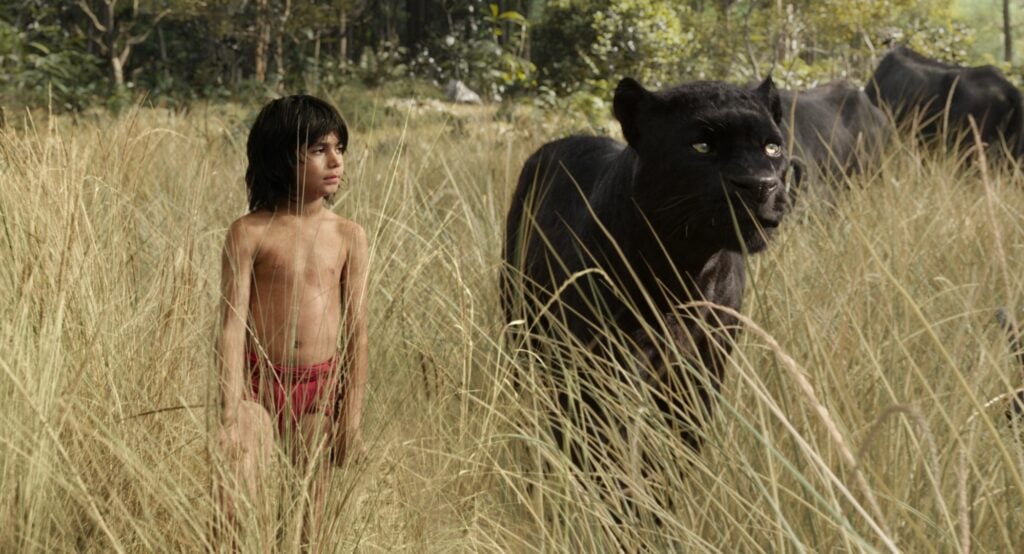 Did you see Bagheera as more of a father figure to him than Akila?

No, ah, I, I didn’t see him as a father figure at all. I did see him in military terms that, that, ah, that it, it was as if I was training a young cadet into how to survive in, in particular circumstances. And I liked John’s version of this which is close to Kipling’s, which is prepare a book and a story that prepares a young person for life.

And you have to prepare young people for life by lovingly introducing them to the fact that there is light and shade, that both exist side-by-side in life, and that if you, dilute,  distort, sugar coat,  sentimentalize everything in the hope that you’re gonna keep a child’s attention, you won’t. You get the child’s attention, he immediately go dark. Whenever I read stories to my children, they would always ask me to read the scary bits over and over again, even if I do, They would love it, because they were hearing it in a safe place. That’s the ingredient. If they, if they are introduced to that dark side of life in a really safe environment by their parents, then it’s fun. 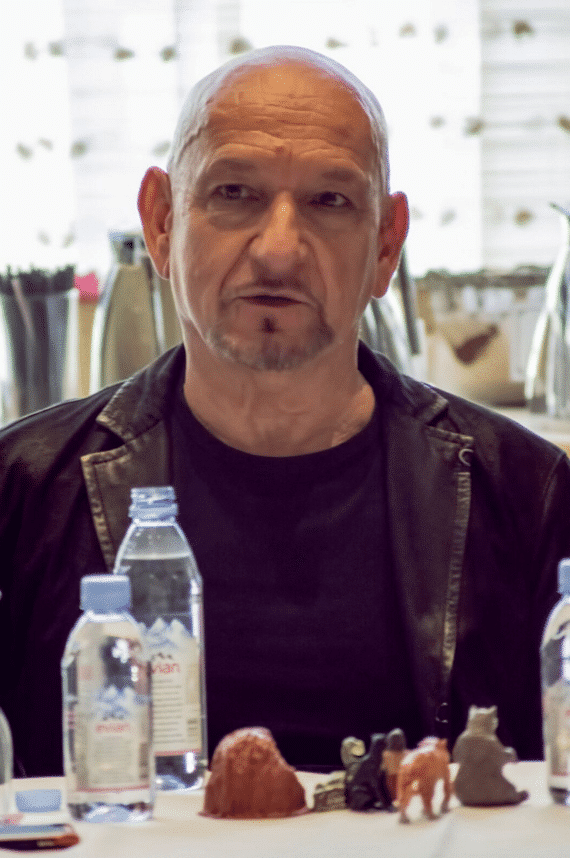 Which is tougher for you, onscreen acting or voice? And does voice bring particular challenges to you, because you’re such an amazing actor, bringing so much emotion and life into the character when you can only do it through your voices. I mean, how was that?

Oh, well, um, I think, but again, if I go back to Shakespeare and, and the density of that text, and how you have to give every word its appropriate weight and emphasis. In, a great speech, I play Hamlet, for example, um, so that I do enjoy and find it empowering and important, urgent, to express things vocally. It’s part of my DNA.

It’s part of my training, but then to,  surrender one’s whole physical side to an animating genius who is thousands of miles away and maybe there’s 12 of them working on Baghera’s body, you know, that’s very exciting and, and, allows me or makes it very imperative that I explain to them through my voice, so that they can hear what I’m doing and they can animate to my voice.

The Jungle Book is now playing in Theaters. If you have not yet seen it go out and check it out.