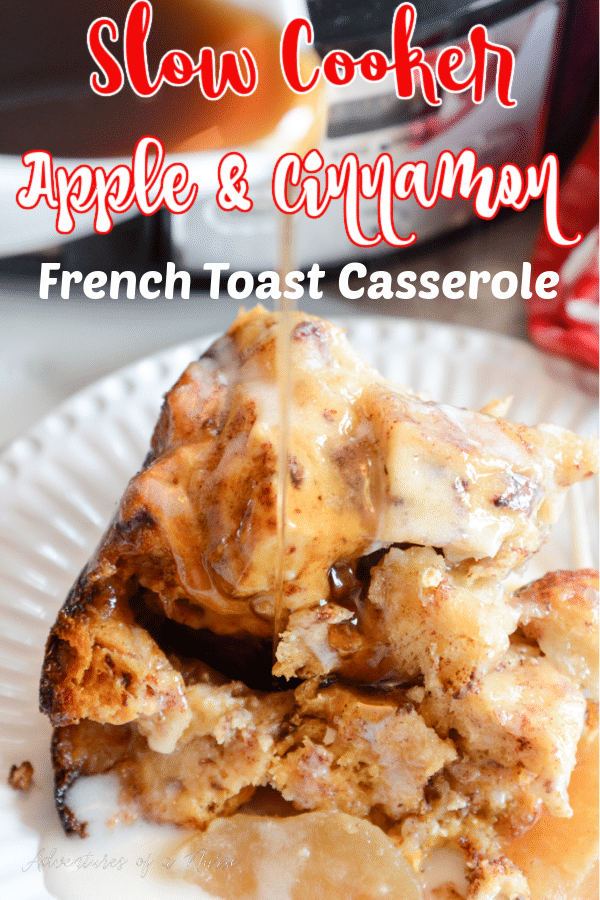 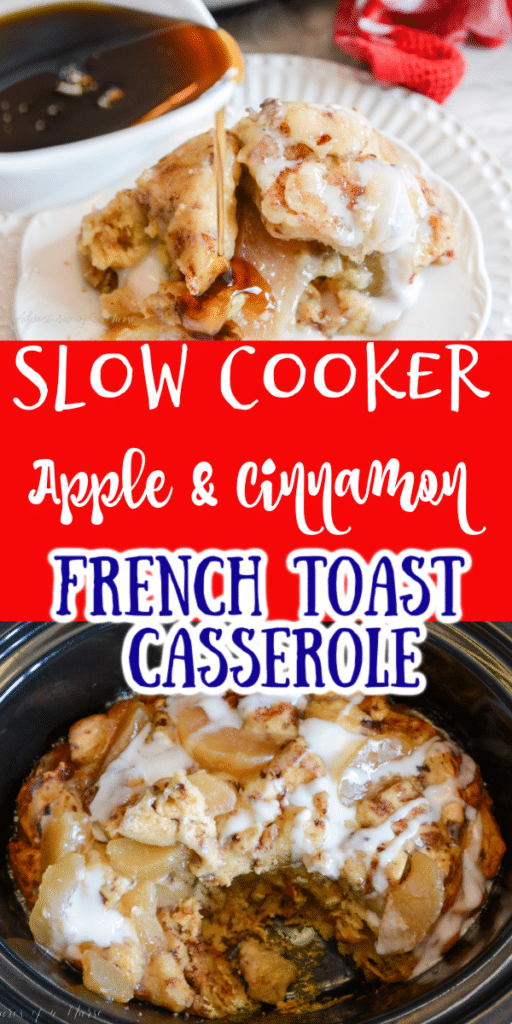 If you are a busy mom and want to have an easy recipe to whip up, this cinnamon French toast casserole could be a dream come true!

Step 1: In a bowl add your eggs, milk, and vanilla. Whisk until well combined.

Step 2: Add your diced cinnamon rolls into the all cooker along with pie filling. Pour in your mixture.

Step 3: Cover and cook for 4 hours. You will know when this cinnamon French toast casserole is done when the cinnamon rolls are fully cooked.

Step 4: Spoon up the mixture and then drizzle with cinnamon roll icing.

The full ingredients and instructions are in the recipe card below.

Can I Use Homemade Pie Filling

You can use homemade apple pie filling if you would like. I reached for store-bought cause it was easy to do.

But you are welcome to mix in homemade or can. The one thing with canned is if you want smaller pieces using a knife to cut up the apple chunks to make them a bit smaller if you would like.

Could I Swap Apple Filling Out

Making this cinnamon roll French toast can be mixed with essentially any pie filling flavor.

Peach, blueberry, cherry, all sound like a fantastic combo. Just reach for your preferred brand and flavor of pie filling mix.

How Long Does It Take To Make Crockpot French Toast Casserole

The biggest thing to remember is that every slow cooker varies a bit in temperature. So expect this cinnamon roll casserole to take about 4 hours.

Stick a toothpick in cinnamon rolls to ensure they are not doughy. If they appear soft and fluffy with no dough, your breakfast casserole is done.

That was supposed to say typo- darned phone

Making this today and smells amazing. However there is a yup on the recipe- The initial blog post says 4hrs cook time but the recipe to print says 3 hrs cook time. Just wanted you to be aware. Also, we’re you using 3- 8 count cinnamon rolls?

The recipe instructions say to add half the pie filling, but then never says when or how to add the other half?? Please clarify….