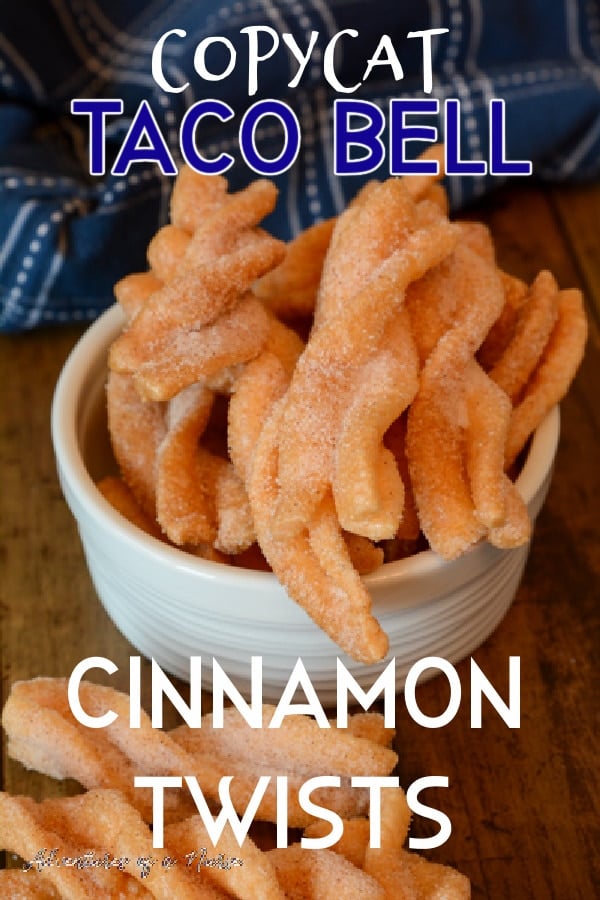 Copycat Taco Bell Cinnamon Twists are a light and crispy snack that is sprinkled with cinnamon and sugar that is super delicious to eat that you can make right at home in half the time it would take to drive and get some from the drive-thru!

There is nothing quite like Taco Bell Cinnamon Twists but in the middle of the night who wants to run to Taco Bell to pick some up? Thankfully this copycat Taco Bell Cinnamon Twist recipe tastes just like the restaurant and is quick and easy to make! I would be lying if I said we didn’t eat these at least once a week! Pair these with my Instant Pot Better Than Sex Chocolate Lava cake and I am in heaven!

What are Taco Bell Cinnamon twists made of?

Okay, I am going to spill the beans on what cinnamon twists are made of and I promise you it is going to surprise you!

Cinnamon twists are made of a wheat pasta that you find in a Mexican market, called Duros. As this pasta cooks, it puffs up to create a spiral-shaped pasta.

Duros cook incredibly fast too! In about 15 seconds you will start to see it puffing up as it cooks!

These cinnamon twists are literally done in 30 seconds, the hardest part about this recipe is waiting for your oil to heat up!

How to Make Taco Bell Cinnamon Twists at home

Can you use other noodles to make cinnamon twists?

No, no, and no. You must use Duros Mexican Pasta. Regular pasta does not puff up the same way.

Can you make Taco Bell Cinamon Twists in the Air Fryer?

Yes, technically you can make this snack in the Air Fryer, although I don’t recommend it. I have found that the cinnamon and sugar does not stick to the twists as it does coming out of the oil.

If you want to give it a try, I recommend cooking them at 490 degrees for about 6 minutes (shake halfway through)